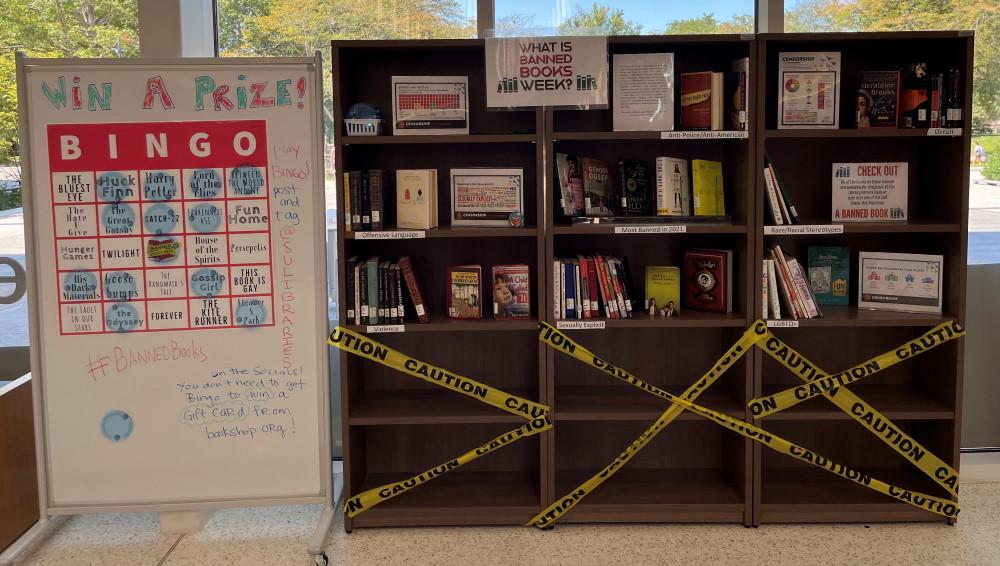 In recent years, libraries, once not considered controversial at all, have faced growing challenges to their book purchases. Indeed, in 2021, the American Library Association (ALA) recorded the highest number of challenges ever, with at least 1,597 individual book challenges or removals. And the ALA’s list likely includes only a fraction of the actual number of challenges. While most of the challenges took place at public or school libraries, legislation in some states threatens to bar universities from providing materials relating to some topics or taking certain viewpoints.

At the Salisbury University Libraries, we have long supported the annual Banned Books Week, which aims to raise awareness of the dangers of censorship. Banned Books Week dates back to the early 1980s, when the American Booksellers Association, the National Association of College Stores and the ALA got together to “spark a conversation about banned books.” At this time, some people were advocating to ban books and the Supreme Court ruled in Island Trees School District v. Pico “that school officials can’t ban books in libraries simply because of their content” (American Libraries, November 1, 2017).

Why do we support Banned Books Week? Banning books is contrary to the values of both higher education and librarianship, stifling the free exchange of ideas that is so critical to a democratic society. Salisbury University’s highest purpose, according to its mission statement, is “to empower our students with the knowledge, skills and core values that contribute to active citizenship, gainful employment, and life-long learning in a democratic society and interdependent world.” That mission includes “a commitment to excellence and openness to a broad array of ideas and perspectives.” As a member of the University System of Maryland (USM), we also are bound by USM’s Freedom of Speech and Expression Value Statement and Guidelines, approved in 2019, which states, “USM institutions have an obligation to protect every person’s freedom to speak and to hear all views. ... Exposure to all perspectives, including those that may be deemed disagreeable or even offensive, can be an essential part of the educational experience.” Finally, the ALA’s Library Bill of Rights states that “Materials should not be proscribed or removed because of partisan or doctrinal disapproval. ... Libraries should challenge censorship in the fulfillment of their responsibility to provide information and enlightenment.”

This year, the SU Libraries observed Banned Books Week in several ways, led by Tina Plottel, our student success and outreach librarian. We organized an interactive Banned Books Bingo on social media and in the Guerrieri Academic Commons; people played by identifying which of the 25 banned books on their card they had read and submitting a selfie of themselves with their cards or a screenshot to the Libraries’ social media. We provided a display of banned books and books whose topics are on the challenge reasons list. Many of the books on display are recent purchases, as we have been making a deliberate attempt to buy books that have been banned in one place or another.

Banned Books Week at the SU Libraries culminated in an event organized in large part by Mou Chakraborty, the director of external library relations, and Stephen Ford, the coordinator of the Dr. Ernie Bond Curriculum Resource Center (CRC). We joined with several other libraries and organizations to sponsor a Friday afternoon event, held at the CRC, that featured a keynote address by a mother-son author-illustrator pair, Carole Boston Weatherford and Jeffrey Boston Weatherford; a panel discussion about censorship with SU professor Michèlle Schlehofer, Wicomico Public Libraries director Seth Hershberger and Baltimore County Public Library librarian Jamie Watson; and a poster contest display.