Take Me Out to the Ballpark … Baseball Project and Online Exhibit 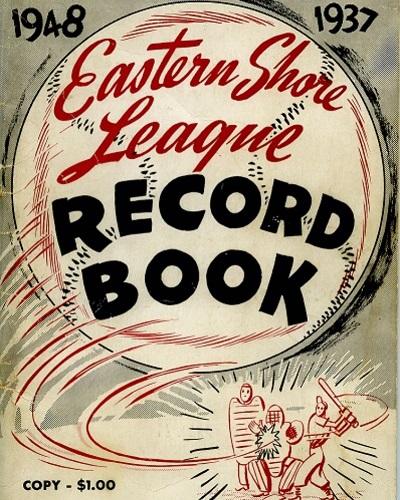 This spring, the Guerrieri Academic Commons is hosting two wonderful exhibits relating to baseball created by SU Libraries staff in the Edward H. Nabb Research Center for Delmarva History and Culture. Of course, now, with the building closed, no one can actually see the exhibits in person, which is why we have moved portions of our fourth floor exhibit online.

The exhibit is part of a larger project to document baseball on Delmarva. In 2018, the Nabb Center applied for a Common Heritage grant from the National Endowment for the Humanities, which approved the application in December 2018. The Common Heritage program seeks to build connections between cultural institutions and local communities as they create opportunities to discuss and document some aspect of their shared heritage. For our Common Heritage project, we chose to focus on the long tradition of community baseball on Delmarva. Throughout most of the 20th century, small towns and communities fielded their own teams that played nearby rivals as well as teams traveling from outside the region. Every summer, baseball was a major part of community life, reflecting all of society’s contours and divisions.

In May 2019, we hosted a panel discussion including two former players and two community historians who have studied various facets of 20th-century Delmarva baseball. The intent was to begin building awareness of the program and to provide a community-focused opportunity for discussing the importance of Delmarva’s baseball heritage. 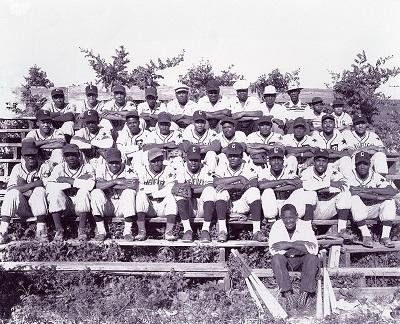 The next phase of the project involved partnering with the Eastern Shore Baseball Hall of Fame Museum to facilitate the collection of items from the region for inclusion in a new digital archive. In early July, the Nabb Center staff ran a pop-up digitization lab at the museum during an evening Delmarva Shorebirds game at Arthur W. Perdue Stadium. During that time, members from the community brought in old photographs, scrapbooks, artifacts and other items for digitization or donation. In the weeks and months after this event, we continued to collect items and to build relationships with community members, including former players, fans and community historians. See the digital archive here.

In the fall, Melinda McPeek, the Nabb Center’s curator of exhibits and engagement, began planning two exhibits based on items we collected, while archivist Ian Post led the effort to process the new digital collection and write its finding aid. Creating the exhibit took endless hours of researching Eastern Shore baseball, selecting images for inclusion and developing text. McPeek was assisted by Jaclyn Laman and Sabrina Tarver, two student assistants. The exhibit on the first floor of the GAC, “Eastern Shore Pastime: 100 Years of Baseball,” featured photographs of regional teams and ballparks; while “Friends and Rivals: Baseball on Delmarva,” in the fourth floor gallery space, explored the history of Delmarva baseball. Both exhibits opened in late January. It is the latter exhibit that now has an online version.

As we wrap up this project, we are also producing booklet version of the exhibit to document the project and encourage others to continue exploring this interesting facet of Delmarva’s heritage.

Other staff who have worked on the project include Creston Long, Aaron Horner, Donna Messick, Jennifer Piegols and Ian Post.